This time last year, Garrett Millerick’s ‘Sunflower’ was intended to be a 100% pure comedy show with no agendas, no left, no right and no sad stories – a show named after his favourite Beach Boys album and written to contrast the horror of world events.

But a brutal rollercoaster of events derailed this plan and Garrett was faced with the choice of cancelling the show or finding the path to complete it in a few short weeks. Sunflower emerged as a testament to the power of comedy to carry us through the whatever life throws at us and became one of the most talked about, critically acclaimed and powerful shows of Edinburgh 2018. 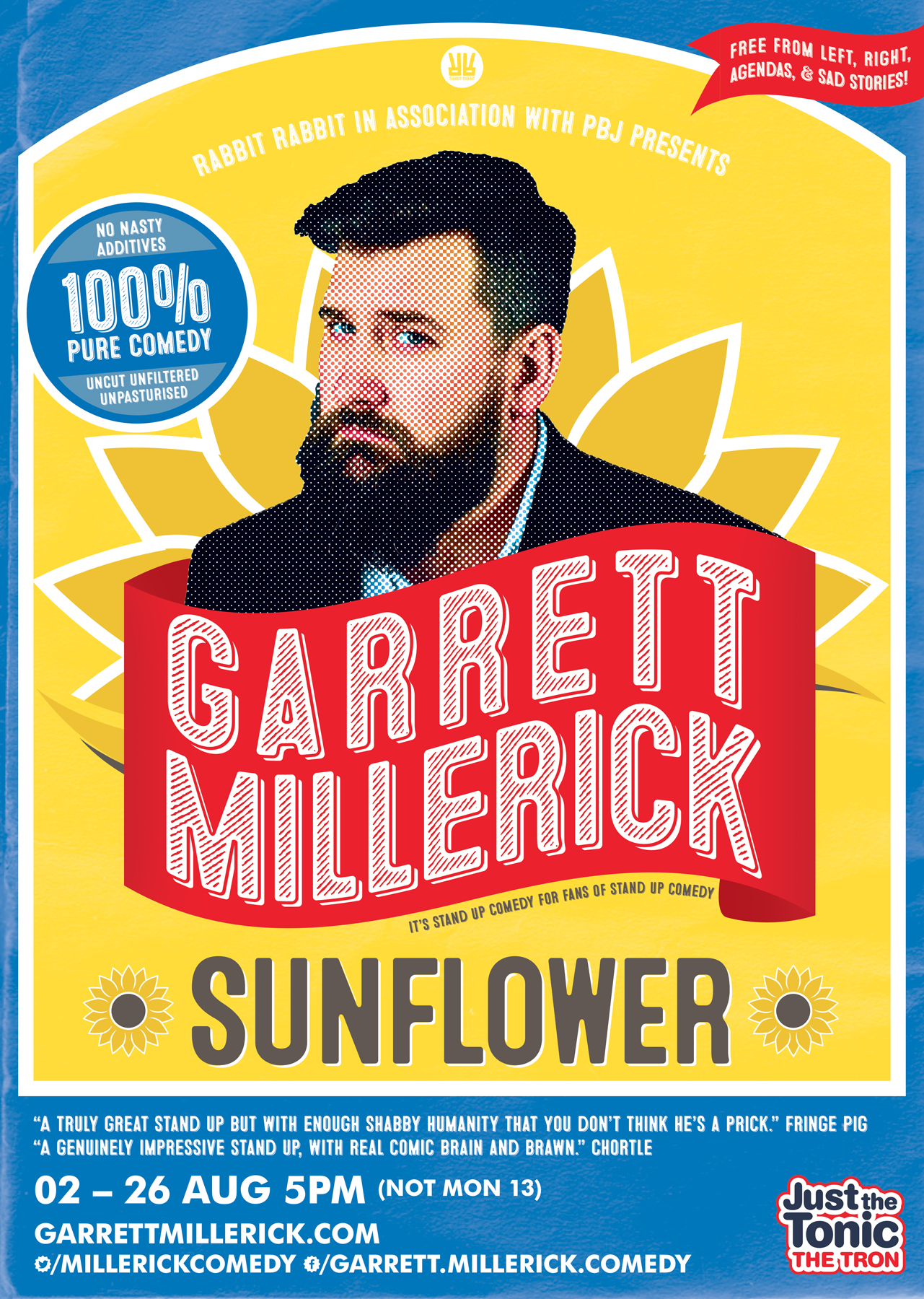