Why I hate airports and airlines 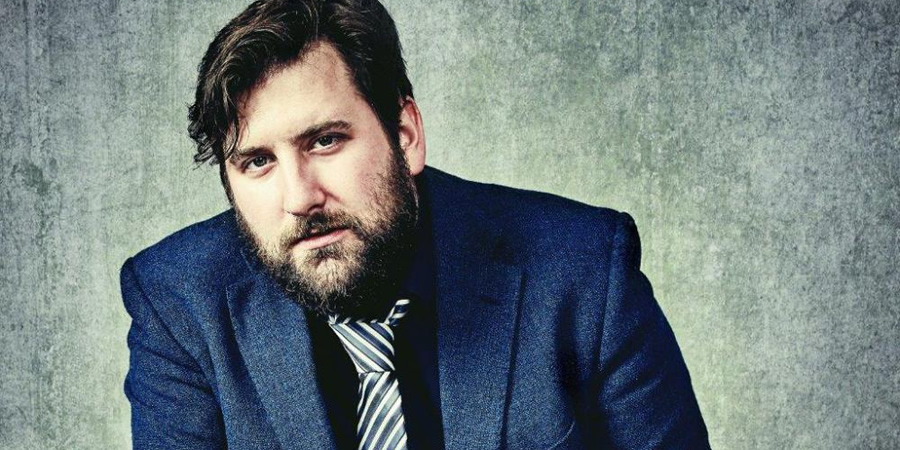 Last year I attended one of the excellent southern hemisphere comedy festivals that take place each year. As a seasoned veteran of The Edinburgh Fringe I thought I’d try my hand at flyering in the sun for once…

It wasn’t a planned excursion; it came about at the last minute when someone dropped out of their slot. If I had had to plan it more in advance, my antipathy towards air travel may have prevented me from going.

I can’t get on with airports. The Seven Wonders of the World may be waiting on the other side, but it just doesn’t seem worth the trip through hades to get there. Sometime since I last frequented one, Airports have been transformed into massive shopping centres that happen to have planes involved as an afterthought.

I don’t see the appeal of adding an invasive security procedure and a cattle truck to either end of an average Saturday afternoon in Westfield. Someone must be keen on it though, because if they weren’t, presumably it wouldn’t keep happening. Before I move on from this point: if you happen to be the individual responsible for appropriating the ‘IKEA: infinite loop of despair’ shop design into the new duty free shopping area at Standstead Airport… I hope you die in a fire.

So, although the whole rigmarole of getting there filled me with unease, I was excited to get to Australia and do some gigs. I booked a flight to Adelaide via Dubai with a day in hand at the other end to get myself together before my first show. The following is an email I sent my mother upon my arrival. I have scant memory of writing it, but I do recall the horrors it documents. If you are considering going at any of the excellent array of festivals I hope this helps in some way…

Sarah and Geoff left me at Gatwick early on Saturday morning, I decided it was probably best to give myself a decent amount of time to get everything sorted. In the end I made a swift journey through security and was left with a couple of hours in hand. I took myself off to Jamie’s Italian, had some scrambled eggs and read the paper. So far so good.

Then the departure board started showing my flight as being 20mins delayed, my transfer window in Dubai was a shade over 90mins…

Got on the plane and got settled in. Emirates Airbus, absolutely phenomenal. Nice big screen, a place to charge your phone, wireless internet and a range of on-demand entertainment. Even had a cup holder, very impressed.

So there we are on the runway, about to take off and an announcement comes over the intercom telling us that a passenger is feeling unwell and has decided that they need to be returned to the terminal building. Hurrah. Transfer window fucked.

Skip forward seven hours and we are in Dubai airport being told that we have missed our connection and so will be put up in a hotel and catch a flight in the morning. We must navigate security, get out of the airport, check in, check out and be back in Dubai airport three hours before the flight. At a conservative estimate I reckon that would give me approximately 90mins in the hotel and increase my ‘potentially missing the flight’ factor by about 400%. I speak to a nice young lady and ask if there is a way of staying in the airport…

‘Oh yes, we have a transfer lounge’
‘Nice one, I’ll have a bit of that’

She then takes me on a 30minute journey across the airport and I am dumped in a shopping centre with a buffet.

‘I thought you said you had a lounge?’
‘the lounge is for business class customers’
‘you have rather inconvenienced me, a shower, some free wifi, a gin and tonic and a quiet place to sit doesn’t seem unreasonable… and I was led to believe…’
‘It’s policy. Here is your meal voucher. Goodnight.’

Thank you very much.

So there was no free wifi in Dubai airport. There is nothing very much in Dubai airport that is free. I located a sign at ‘THE HEINEKEN LOUNGE’ that said ‘free wifi with every beer’. I ventured in and ordered a beer. £10! £10 sterling… for a bloody Heineken! I reluctantly paid the man and requested my code for the wifi. When I received the voucher it was for ’30 mins of wifi’, so I set about e-mailing all the people in Australia expecting me to arrive. I managed to do this and then the wifi ran out. I nursed that pint for 5 hours. A polite man kept coming round expressing irritation that I ‘didn’t want another drink’… to be fair… I didn’t want the first one… and I sure as hell wasn’t giving up my chair.

I briefly tried to enjoy the smoking lounge but discovered you could only buy cigarettes in quantities of 200 and that arriving in Australia with 198 cigarettes had customs implications, I was forced to forgo that pleasure.

The morning came around and I boarded my flight, not to Adelaide… to Sydney… to then get a connection 14 hours later. This version of the journey was offered to me months before at a considerably lower price than the one I paid. Beggars can’t be choosers… I still need to be in Adelaide by Monday night.

The flight out of Dubai was a Quantas flight… not a patch on my beloved Emirates. Cramped, old and a bit run down. Never mind… keep calm. Just need to get to Adelaide by Monday night and at least we were now airborne. The TV was offering the new James Bond film, and I was certain at some point I’d be offered some whiskey and could have a sleep.

Once we soared above the clouds the ‘bing bong’ sound announced that we could now take our seat belts off. Hurrah… let’s watch some James Bond I thought. At that exact moment the television screen came hurting towards my face at alarming speed as the fat sociopathic piece of shit sat in front of me decided to recline his seat into my lap, where it remained for 90% of the rest of the fight. My TV screen was about 2/3 of a foot from my face, my table completely useless and any hope of using my laptop dashed.

I alerted the hostess to this issue, she was pretty annoyed that I had had the front to do so and curtly informed me that I could put my chair back. I replied that if I were to do the same all that would be achieved would be that the nice woman sat behind me would also have her flight ruined and we would both be grappling with the problem of trying to enjoy our dinner as a form of limbo, an eye for an eye and the whole world goes blind and all that.

She then labelled me a trouble maker and refused to deal with me for the remaining 13 hours of the flight… I was not at any point offered my whiskey. I must make a note to not politely complain when a stranger is taking a nap in my lap. As I couldn’t read, write or eat and nobody was offering me a scotch I resolved to watch James Bond on the TV that now nestled but a foot from my face. Make do and mend.

I allowed myself a moment of violent pleasure when returning my tray to its upright position, this provoked a cry from the bastard in front which I met with a ‘terribly sorry, the tray was jammed and I had to force it, sorry did I wake you?’

So we arrived in Sydney and I discovered that I had to collect my bag and go through border control before making my connecting flight in a different terminal. This was a physical impossibility. Just was never going to happen. There was no chance. Ever. The person in Dubai who booked this in was a moron.

Predictably navigating Sydney was a complete saga, conducted without the knowledge that it was impossible to make the connection. When we finally discovered that we couldn’t make the flight it then transpired that there were no seats on the next two flights out of Sydney to Adelaide and we would have to wait for four hours in Sydney airport.

I set about finding things to do in the airport. I found a place that sold pay-as-you-go mobile sim cards. I also found a book shop and read a significant amount of a book about Lance Armstrong before I was asked ‘are you gonna buy that?’ I replied that I wasn’t as I didn’t have a good command of the exchange rate and instinctively $29.99 for a paperback felt wrong.’ It’s a good book though and I may buy and finish it at some stage, the author spared me ninety minutes so I should probably pay him his due.

Having been moved along from the bookshop I found a toilet and had a long hard look in the mirror. My sartorial choices, when well maintained in a civilised climate are fine, but after thirty hours of no sleep, having been crammed in and out of various unpleasant airline seats and having spilt coffee on my jacket, and with an alarming amount of panini in my beard, I resembled a wild, eccentric tramp who had broken into the airport and was using the bookshop for shelter. I was shocked that the nice man in the phone shop had entertained my questions for so long.

So finally got on a plane into Adelaide and landed no questions asked. I was then wandering around looking for the baggage carousel and the final indignity of the trip occurred…

There was I, stood below a gantry, almost entirely in my own world, sleep deprived and delirious, exclaiming ‘Where the cocking f*ck is carousel 4!?’ Then I’m suddenly aware that I’m in the middle of something. I move on and try and work out what’s going on. I worked it out. During a press conference by the-some-sort-of-government-minister at Adelaide this morning, a man looking like a young Brian Blessed at the end of a difficult divorce wanders directly behind the minister and starts swearing about baggage carousels before being moved along by security. You can be truly proud mother. I’m just kicking myself I didn’t have a flyer to wave.

After that I treated myself to a taxi to my venue, I arrived, everyone is lovely, there is free wifi, someone gave me a free pint, I sat down to drink it and to email you about my progress… The pint is done. The story is finished.

I feel that the version of travel I’ve absorbed through my avid devotion to Bill Bryson books and Michael Palin documentaries is wild misleading. Fuck 1st Class, I’m not going abroad again until I have my own jet.

I’m going to order another pint and write a letter to Emirates demanding an upgrade for my return trip. Please excuse the spelling mistakes and typos… I haven’t the strength to read that back!

Previous
Next My Festival: Garrett MIllerick